Most U.S. importers are familiar with the Importer Security Filing (ISF), which requires advance data for ocean shipments so Customs and Border Protection (CBP) can properly screen the cargo for security risks.  Importers who do not ship goods via air, or do not pay attention to what their air carriers must deal with may not have known about the pilot program to screen advance data for air shipments, i.e., ACAS.  The pilot has been in effect since 2010, but became mandatory as of June 12, 2018.

While many importers are active participants in the ISF data collection and filing process, the question now is to what extent they may have to become involved in fulfilling the ACAS requirements.   Consumers who do not know they are causing an importation (the “tsunami” of E-Commerce buyers causing importations that fall under the administrative duty exemption under 19 C.F.R. § 10.151) will likely be nonplussed.  The same cannot be said of the folks at CBP or the air carriers.  According to CBP, small express or mail packages coming into the U.S. daily has grown from 1.2 million in 2017 to 1.7 million in 2018 (Johnson, 2018; )[i]

Here are the main things to know about ACAS:

There are six mandatory data elements that must be provided to CBP “As early as practicable, but no later than prior to loading of the cargo onto the aircraft.”  They must be transmitted at the lowest air waybill level:

While the inbound air carrier is the entity that must file if no other party elects to file, the overall goal is that the data be filed by the party most likely to have accurate information.  Who else might be eligible?  According to the new regulations it can be:

Regarding the Cargo Description data element, note that the regulation leaves an option for providing the Harmonized Tariff System (HTS) code instead:

A precise cargo description or the 6-digit Harmonized Tariff Schedule (HTS) number. Generic descriptions, specifically those such as ‘‘FAK’’ (‘‘freight of all kinds’’), ‘‘general cargo,’’ and ‘‘STC’’ (‘‘said to contain’’) are not acceptable.[ii]

CBP would always prefer an HTS code for targeting purposes, but this would require more work on the part of filers to gather, and could very well draw the importer into the import workflow much sooner than they may be accustomed.  It is something importers of slower moving ocean cargo are used to under ISF, but may catch some air freight importers off guard.

Whether CBP would eventually win the battle to mandate an HTS code is uncertain.  It would be prudent on the part of importers, however, to have a product master database that includes HTS numbers readily available for access by third parties, or supports an automated Global Trade Management workflow system that facilitates the timely messaging of cargo related data elements. 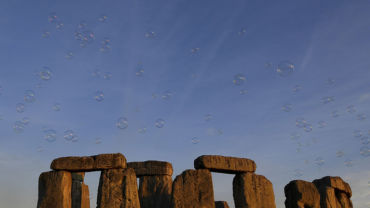