While President Donald Trump has filed numerous lawsuits challenging the election results, we will examine how a Joe Biden presidency could have a significant impact on employers. This is particularly true in the area of wage and hour, worker classification, and wage theft.

Biden noted on his official website as a campaign platform item that wage theft is a serious issue he intends to address. He noted that “employers steal about $15 billion a year from working people just by paying workers less than the minimum wage”  (see Biden Campaign Website, Empower Workers).

Biden also supports strong laws and aggressive prosecution of employers who violate labor laws, including those who intentionally misclassify employees as independent contractors. Biden has said that he will support legislation that makes worker misclassification a substantive violation of law under all federal labor, employment and tax law. Additionally, he has indicated an intent to build on the Obama-administration efforts to drive an “aggressive, all-hands-on-deck” enforcement effort to reduce worker misclassification (see Biden Campaign Website, Empower Workers).

Biden’s platform notes that employer misclassification of “gig economy” workers as independent contractors prevents them from receiving their legal benefits and protections. Biden supports the use of a strong three-prong “ABC test” to distinguish employees from independent contractors. The revamped ABC test would mean more workers will get the legal protections and benefits they rightfully should receive. Biden has indicated he will work with Congress to establish a federal standard modeled on the ABC test for all labor, employment, and tax laws.

ABC Test. Biden favors an ABC test very close to the newly adopted test in California (see Payroll Guide ¶19,045). The three prongs of the ABC test would be as follows:

Biden is a supporter of a federal $15.00 per hour minimum wage. He has also said that he will make sure that federal contracts go only to employers who pay the $15.00 per hour minimum wage and provide family-sustaining benefits. At a campaign appearance in Miami, Biden said “Fifteen dollars should be the minimum wage in the United States of America. Period.” During the last televised presidential debate, in answer to a question about the minimum wage, Biden responded “No one should work one job, be below poverty. People are making six, seven, eight bucks an hour. These first responders we all clap for as they come down the street because they’ve allowed us to make it. What’s happening? They deserve a minimum wage of $15. Anything below that puts you below the poverty level. And there is no evidence that when you raise the minimum wage, businesses go out of business. That is simply not true” (See transcript from final Presidential Debate; Biden Campaign Website, Empower Workers).

Overtime. Biden has been a proponent of strong enforcement of overtime laws and was asked the following questions submitted to the Biden campaign by the United Steel Workers:

Biden responded that he recognizes that often workers are treated as a means to an end and employers approve policies that work to suppress wages. He noted that since Trump reversed some protections added by the Obama administrations, workers have lost almost $3 billion in overtime wages. Biden has stated that he intends to strengthen the Fair Labor Standards Act and oppose any effort to weaken it. He added that he opposes proposals that force private-sector employees to accept “comp time” as a substitute cash overtime pay.

Prevailing wages. Biden has come out as a strong supporter of enforcing the prevailing wage. This is the wage earned by the median worker in the same occupation in the same region. With respect to federal contracts, the Davis-Bacon Act provides that, on every contract in excess of $2,000 with the United States or the District of Columbia for the construction, alteration, and/or repair of public buildings or public works that require the employment of laborers or mechanics, the workers on the project must receive not less than the minimum wages found by the Labor Secretary to be prevailing for the corresponding classes of laborers and mechanics employed on projects of a similar character in the city, town, village or other civil subdivision in which the contracted work is to be performed. As Vice President, Biden was in charge of the American Recovery and Investment Act (ARRA) and enforced the Davis-Bacon Act on ARRA-funded projects.

Tip credit. Biden has also indicated he would discontinue the use of the tip credit (see Biden Campaign Website, Empower Workers). By using the tip credit, for waitstaff employers, restaurants can pay a server just $2.13 an hour if the waiter or waitress collects the other $5.12 of the federal minimum wage in tips. The credit is lower than $5.12 in some states, and seven states have outlawed it altogether, meaning employers are required to directly pay the full applicable minimum wage (see Payroll Guide ¶18,260).

By Presidential Memorandum, Trump authorized the IRS to postpone the withholding and remittance of the employee’s share of Social Security tax (see Payroll Guide ¶20,908a) from September 1, 2020 to December 31, 2020 to be withheld and remitted ratably from January 1, 2021 through April 31, 2021. The postponement is not a payroll tax holiday and employers are expected to withhold and remit the employee share to the IRS by April 31, 2021 or risk penalties. Congressman Kevin Brady (R-TX) introduced a bill (H.R. 8201) called the “Support for Workers, Families, and Social Security Act” that would exempt employees from the payment of amounts that were postponed. Under a Biden presidency, it is unclear if these amounts will be exempted if an employer opted in on the deferral.

Many pieces of employment law measures were successfully passed in the House in 2019 and 2020. With the possibility of a political shift in the Senate, there is the prospect these pieces of legislation – including measures that could impact the tip credit and an increase in the federal minimum wage – making it to the President’s desk for signature. Experience how Checkpoint Edge can transform your tax research. 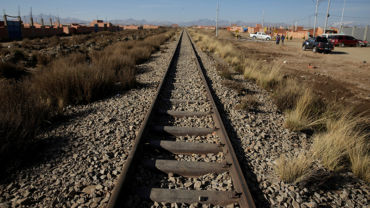