On July 14, 2022, a nonpartisan, nonprofit think tank provided recent analysis of the Consumer Price Index (CPI) that shows the federal minimum wage rate of $7.25 per hour to be at its lowest value since February 1956.

Process to increase wage rate. According to the DOL,the minimum wage does not increase automatically. Congress must pass a bill which the President signs into law in order for the federal minimum wage to go up.

Who the federal minimum wage rate applies to? Nonexempt workers covered, under the Fair Labor Standards Act (FLSA), are entitled to a minimum wage of $7.25 per hour effective July 24, 2009 (see Payroll Guide ¶18,200). Special provisions apply to workers in American Samoa and the Commonwealth of the Northern Mariana Islands.

Another bill on raising the federal minimum wage was introduced in the 117th Congress on January 28, 2021 called the “Raise the Wage Act of 2021.” The legislation would increase the federal rate over a five-year period, for tipped employees and for newly hired employees who are under 20 years old. It would also increase the wage rate for individuals with disabilities and require the DOL to stop issuing special certificates for the payment of subminimum wages.

In his 2022 State of the Union Address on March 1, 2022, Biden again called for the federal government to act on increasing the minimum wage rate to $15.00 per hour.

Using ARPA funds for workforce programs. On July 12, 2022, Vice President Harris delivered remarks at a White House Summit to announce more than $40 billion in ARPA investments in the U.S. workforce. One program, called the Employ2Empower (E2E) program that is based out of Harris County, Texas, is committing $2 million in ARPA funds to expand from a one-precinct pilot into an county-wide program. The initial program compensated participants at $10.00 per hour and the expanded program employs these individuals for up to 32 hours per week at a pay rate of $15.00 per hour.

In Baltimore, Maryland, the City is investing $30 million in workforce programs, including $5.2 million to expand Hire Up, a transitional jobs program that will create at least 220 six-month positions for low-income residents paying $15 per hour.

States and localities taking action on higher wage rates. EPI says that 30 states and nearly 50 cities and counties have enacted higher minimum wages, which includes 12 states and the District of Columbia that have adopted minimum wage rates of $15 or higher. Recently, Hawaii lawmakers elected to raise their state’s minimum wage to $18 by 2028.

In California, a proposal to incrementally increase the state’s minimum wage rate to $18 per hour will be on the state’s 2024 general election ballot. Petitioners are currently trying to get this measure on the November 8, 2022 ballot in California through the courts.

Court stops changes that thwarted ballot initiatives. In Michigan, the state’s Court of Claims ruled on July 19, 2022 that the adopt-and-amend strategy the Michigan legislature used to enact in the same legislative session, amending voter-initiated laws pertaining to a minimum wage increase and paid sick leave, violated the State Constitution.

Federal contractor minimum wage rate increase.  Last year, President Biden signed Executive Order 14026, “Increasing the Minimum Wage for Federal Contractors,” which increased the hourly minimum wage for federal contract workers by establishing an initial minimum wage of $15.00 ($10.50 for tipped workers) as of January 30, 2022, to be increased annually. In early 2022, the DOL issued Field Assistance Bulletin 2022-1 (FAB) that provides guidance on the application of EO 14026, including how EO 14026 is similar to or different from Executive Order 13658, “Establishing a Minimum Wage for Federal Contractors.”

Bills in Congress relating to the minimum wage.  There are a number of pieces of legislation in the 117th Congressional session that call for minimum wage law changes in some form. For example, Senate Bill 555 would require employers with an annual revenue of at least $1 billion to increase the minimum wage for their for their employees over a five-year period. The requirement would not apply to tipped employees. Another bill, House Resolution 8427, which was introduced on July 19, 2022, would repeal the separate minimum wage rate for tipped employees.

May be a long wait for federal changes. At the moment, it does not appear that there will be any movement on a federal minimum wage increase in the foreseeable future. In the meantime, businesses should continue to be aware of state and local minimum wage rate and law changes to ensure they are properly compensating their employees. 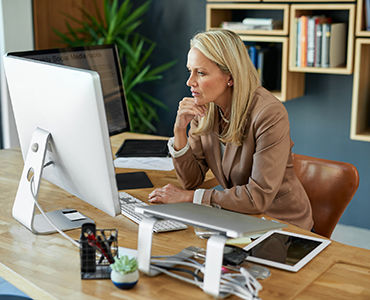 Most business owners should know they need to withhold employment taxes (social security, Medicare, and income taxes) from their employees’ …

The House on September 23, 2021, narrowly passed a Defense authorization bill that includes a provision directing the SEC and …