How trust in ONESOURCE is smoothing one company’s digital transition 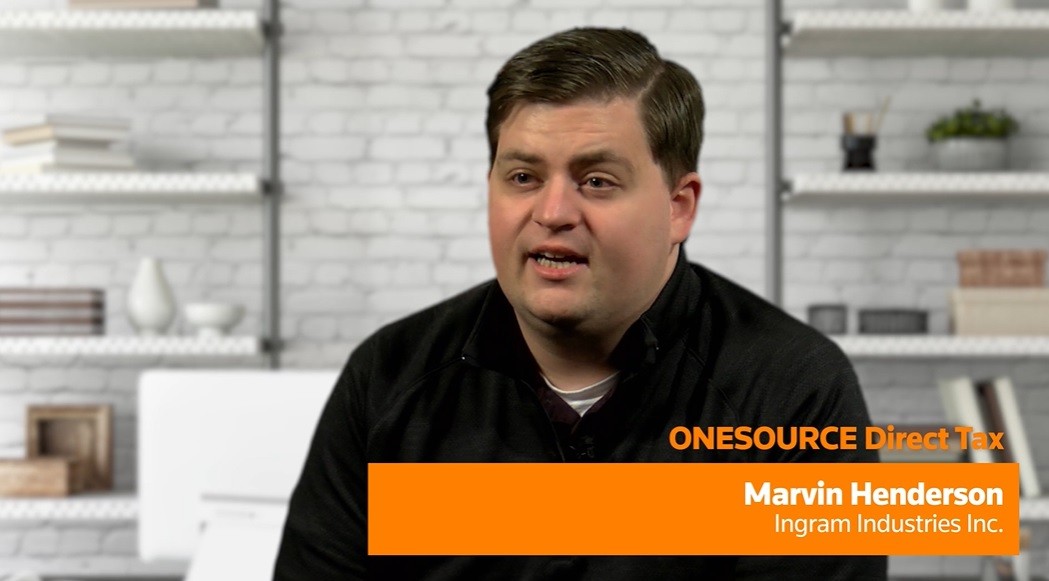 Marvin Henderson is a senior tax accountant with Ingram Industries, a diversified manufacturing company based in Nashville, Tennessee. Ingram has 5,000 employees, generates more than $2 billion in annual revenue, and is on the Forbes Top 200 list of privately held U.S. companies.

Though Ingram is a long-time user of ONESOURCE Income Tax, Marvin Henderson describes the company’s transition to digital as a slow, steady progression that is still very much bound by tradition. “Our company is kind of old-school, so that means going through a lot of files and seeing what’s been done historically. And that’s a lot of paper,” says Henderson. “It’s hard for some people to accept that a different way may be more reliable. I’d say that’s one of our bigger challenges—getting people comfortable with [digital] and making baby steps toward improvement.”

ONESOURCE is an ideal platform for Ingram, says Henderson, because it allows users on both sides of the digital divide to contribute, and the platform’s tools make it easy to integrate the two. “Excel is still a big thing, and it’s there for everyone to use and understand,” says Henderson. “Excel also provides a lot of export/import functions that are very intuitive. A lot of things in ONESOURCE are template-based, so having that ability to go from Excel to the software and back to Excel crosses a lot of borders between different generations.”

Consistency and reliability are also important to Henderson and his team, because so many people with different levels of technological comfort are involved in the tax preparation process. “The most important thing for us is consistency—knowing that the product we use from year to year is going to be similar,” Henderson explains.

ONESOURCE’s familiar interface allows people in different roles to share data, he says, and the platform’s flexibility allows users to go back and forth between different types of software. And once data is imported, “knowing that what we put in there is what we are going to pull out of it” is a source of great comfort and confidence to everyone on his team.

Though Ingram has never actually calculated the time and money they save by using ONESOURCE, Henderson says the efficiencies of a complete, integrated process (rather than a piecemeal one) save countless hours in any given year. But more valuable than hours, “ONESOURCE saves us a lot of stress,” he says. “The product is consistent; you can go from one entity to another idea or issue and it all looks the same. So, it’s easy to jump around, but also easy to get everything done at once.”

Creating confidence in process and results

Like many companies, Ingram Industries is embracing its digital future one tentative hug at a time, but it is making progress, Henderson says. “Digitalization and new software tools provide a lot of benefits that you don’t think about,” Henderson says. “You still have to do the work, but it provides reliability—it’s the trust factor.”

Henderson hopes and expects his team’s confidence in ONESOURCE will build over time, as the need for a consistently reliable digital tax platform continues to grow. “I’ve noticed that in our team, leveraging ONESOURCE tools has increased the trust factor,” he says. “And if you trust the process, you trust the results more.”